Your trustee directors are: Denis began his career with the Fire Service in 1980, having spent the previous five years in the banking industry. His Fire Service career involves 33 years as an operational Firefighter and Officer, with the  last five years seconded to a Black Watch role. He is a Life Member of the New Zealand Professional Firefighters  Union, and formerly served as South Island President and as a member of the National Committee. Currently he is the Chairman of the Trustee and has been a Board member since 2006. Andrew Johnson joined the FireSuper Board on 1 April 2019 as the Licensed Independent Trustee. Andrew has extensive and broad investment and superannuation industry knowledge. He has held senior roles with a number of New Zealand’s leading financial services organisations, dating back to the 1980s. Over this time, Andrew has held various associations with FireSuper, including leading Russell Investments’ provision of investment consulting services to the Scheme for six years until mid-2018. Andrew also serves as an investment committee member for a number of entities, provides ongoing advisory services to a retail managed fund provider, and undertakes ad hoc consulting projects from time to time. Angela has been a Board member of the New Zealand Fire Service Commission and subsequently of Fire and Emergency New Zealand from 2011 to 2018, and brings experience in the establishment, operation, and governance of superannuation schemes. Angela is a former Deputy Secretary at Treasury. 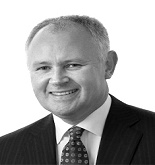 Murray worked at PwC for 34 years, including 24 years as a partner and has worked in New Zealand and overseas. During his career at PwC Murray’s responsibilities included a period on the Board of PwC New Zealand, as well as being lead partner of the Corporate Finance team and, more recently, of the Finance and Economics team. Murray brings experience  in governance, business valuation and financial evaluation. 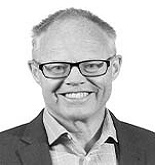 Martin had held board positions with NZL Group Limited, a large transport and logistics company, with the Skylight Trust, a charitable trust providing support to children, families, and whanau going through loss, trauma or grief. Martin is a partner in the law firm, Dentons  Kensington Swan, specialising in acquisitions, joint ventures, governance and strategic contracts. He has held positions on the board of the firm and as head of the firms’  Advisory practice. Steve retired from the New Zealand Fire Service after 42 years’ service in 2013. He is a Life Honorary Member of the New Zealand Professional Firefighters Union and served on the National Committee of the Union for 25 years, including two terms as National President. He was appointed as a Trustee by the Union in 1994. Steve had been a Trustee of the Scheme for 19 years and is the past Chairman of Trustees, a position he held for 10 years. He is currently retired and lives in Christchurch, his home town. Steve was reappointed to the Board in September 2015.